back to releases next previous 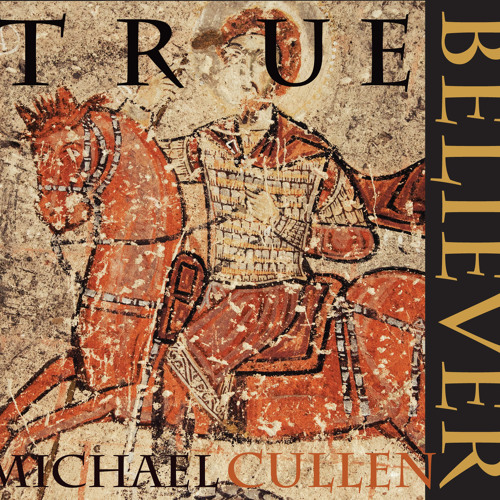 Recorded on tape, mostly at Space junk III and Studios 301in Sydney between 2010 and 2013, co-produced with timEbandit Powles (Tim Powles, of the Australian masters of guitar atmospherics, The Church) and mixed by Danton Supple (Morrisey, Coldplay), True Believer is a compelling and hypnotic listening experience.

Built around Michael Cullen’s resonant baritone, which is deeper and richer than ever before, the music draws from Stax, Mowtown, New Wave and 80s British pop as well as Michael’s often cited influences of Leonard Cohen, Nick Cave, Ian Curtis and Tom Waits.

True Believer – from the noir tinged, rain soaked Chandleresque entrance of ‘Black Dog’ and the desert canyon wanderings of ‘Believer’ to the alt country and finally classic rock stylings of ‘Black Coffee and Cigarettes’ and the Berlin studio feel of ‘Cha Cha Cha d’Amour’ to the cinemascope landscapes of ‘I Walk Alone’, this record delivers emphatically on the promise of Michael Cullen’s debut.

Words and Music by Michael Cullen except 4 & 7 by Cullen/Powles.