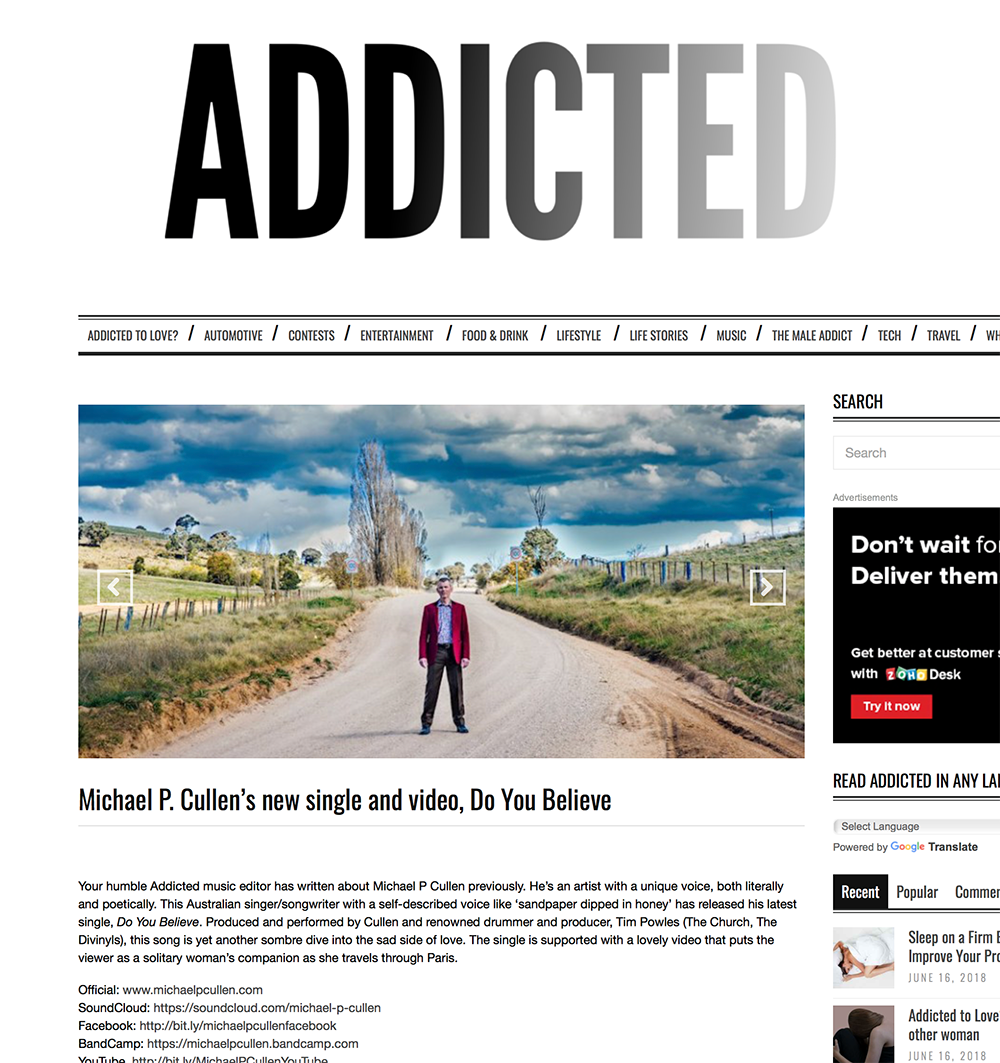 The reviews for Do You Believe are in and the word is good.

Arun Kendall in Backseat Mafia says Michael P Cullen has “has one of those enigmatic, baritone voices that recalls Nick Cave, Leonard Cohen, Tindersticks and The National, and, like those singers and bands, writes deeply personal, poetic narratives. But he is no mere pastiche of these artists: he has carved out his own unique niche mixing sharp lyrics with melody and soaring choruses.” Read the full review here.

Jonathan Frahm writes in For Folks Sake: “Elevated by its foreboding musical structure, Cullen looms over the track with his trademark vocals to deliver a story that, despite its vaguer inclinations, ultimately relates itself well to any listener who’s felt love and heartbreak. Read the full review here.

Brazil’s Punchland writes: “I was first notified by a friend of my mine about Michael P Cullen and his “Nick Cave” vibes… but unlike the notable godfather of warped sadness I just mentioned, Cullen seems to have a darker, yet stronger optimism. His latest single, “Do You Believe,”  is a testament to the power of genre-mixing and overall “fuck you I make my music my way” listenability. The song starts with a whimper of Blackstar era Bowie and ends like a Smashing Pumpkins song. ” Read the full review here.

Other great mentions in Medium, Addicted, Obscure Sound, MTM, and The Weekly Spoon.