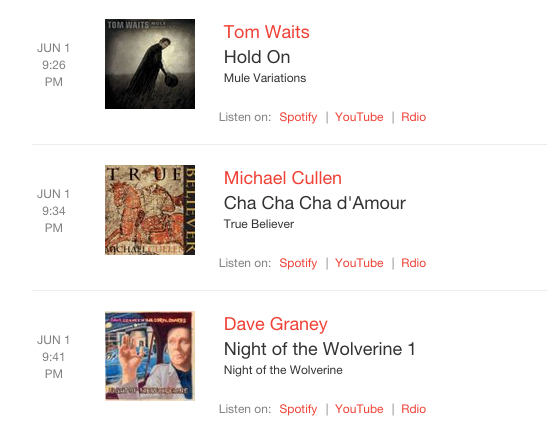 In a show packed with quality including new releases from Neil Young and Leonard Cohen, Michael’s Cha Cha Cha d’Amour was neatly sandwiched beween Hold On by Tom Waits and Night of the Wolverine by Dave Graney.

We are humbled but chuffed for Michael to be featured in such prestigous company.